One dose of the Holy Ghost was enough for victory 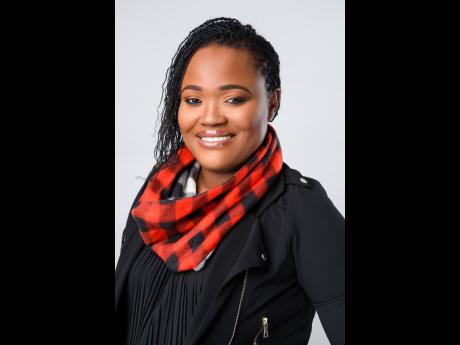 From as early as January, school teacher Treisha Williams started doing what she calls her affirmations about the Jamaica Gospel Song Competition.

Having entered the contest previously, she knew what it was like to be in the top 25, but somehow, she never got past that round. But this time she spoke the victory into being.

"I wrote Jamaica Gospel Song winner 2020 on a paper, and every day I would tell myself that I am the winner. With that, I was willing to put in the work, and I also got the right song," Williams told THE STAR.

In fact, she is convinced that she downloaded the lyrics straight from God. On Sunday, her entry One Dose of the Holy Ghost was named the winning song, and she waltzed away with the cash prize of $1 million.

On Monday, Williams said she was feeling very excited, and also a bit calm.

"I don't think the reality of it all as hit me as yet. When I heard the announcements, I was like, 'Okay, if I'm not third and I'm not second, then I must have the number one spot'," she said.

When her name was called, Williams said she whispered, "Thank yuh, Jesus" and "jump up round a back for a little bit". However, the real celebration is yet to come.

"My wanting to scream and flick and do all those crazy stuff hasn't happened yet. On Sunday, I had to keep it professional and compose myself," the Kingsway Tabernacle Pentecostal church member said.

Williams has been receiving congratulations from all quarters, including the Jamaica Teachers' Association, her church and the diaspora. She expressed surprise at the strong support from the latter group.

"Persons from abroad really rallied around me," she said.

Williams, who teaches at the Montego Bay Infant School in St James, noted that as much as she loves teaching, she also believes in financial freedom, and with "a lot more songs where that is coming from," she could possibly pursue music full-time.

"But that decision is not yet made," she said, adding that she was happy that she was able to minister on that platform.

This year the Gospel Song Competition took to the virtual stage, owing to restrictions due to the COVID-19 pandemic. It was streamed on various social media platforms, as well as carried live on television.

Anthony Malcolm, one of the favourites, placed second with his song, I Need You Close, while Offneil Lamont took the third place with Forever God. Former winner Kevin Downswell was the special guest artiste.

The Jamaica Gospel Song Competition had its inaugural staging in 1987. It attracts more than 200 artistes, producers and writers of original gospel music annually.