Jada Kingdom going for the ‘WiN’ 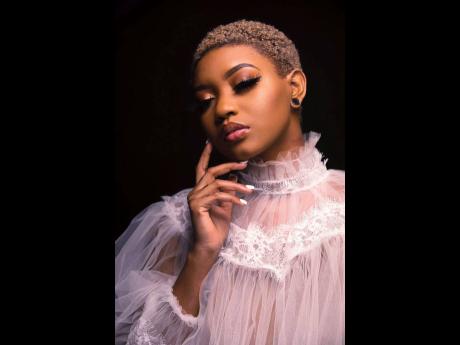 After spending close to two weeks in second place, Kingdom reached the summit last Saturday with her track, WiN.

Although this is not the first time she has landed top spot on the coveted chart, she revealed this one is extra special to her as the track and the accompanying music video represent her real-life story and the obstacles she faced on her musical journey.

An overjoyed Kingdom told THE STAR that she was humbled and happy with the support the song has received.

"Me wake up an' a bawl this mawnin (Sunday) because I really did the song for myself, and to know it connects so much with people really is inspirational and gives me such a joy. It's a great feeling," she said.

To ensure the video mimicked her real life, Kingdom shot the video at the house she was raised in.

"My mother and my two siblings are currently still living there. I had to take a risk and fight my way out and move to Kingston because of music, and that is why it meant so much to me to show all that in the video. I want people to know this is Jada from Seven Miles, Bull Bay. Everything you see in the video is real," she said.

The entertainer said that after doubting herself for years, she decided enough was enough and things started to slowly fall into place after that.

"I wasn't sure about myself and that took a toll on my mental health and later on my career because I doubted my talent and my ability," she said. "Eventually, I decided to put my foot down and tell myself 'I can do this, I will do this and I have to win! I won't ever stop trying even when I fail'," she said. "I think that authenticity is what has connected with people. The song is for people like me who feel like giving up. The lines in the song encourage them to keep going and keep trying. You can't give up because you can't 'win' if you're not in the game." Released six days ago, WiN has surpassed the 500,000 views mark on YouTube.