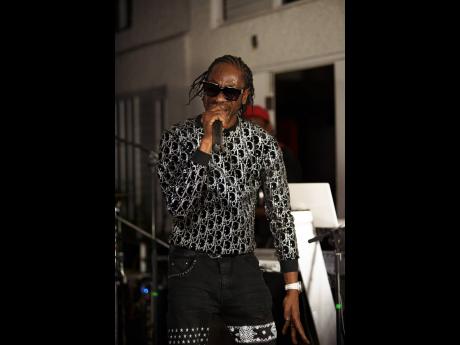 Verzuz is definitely the gift that keeps on giving for deejay Rodney 'Bounty Killer' Price. It was during the mega battle with former arch-rival Beenie Man that Bounty made a statement - one of several - which echoed globally.

"Digicel a fi mi cell," he announced in his inimitable style, giving a hefty endorsement to the telecoms giant on a global platform with close to 500,000 viewers.

It did not come as much of a surprise, therefore, when a thrilled Bounty posted a letter from Digicel to his Instagram status on Thursday night. The memo was headlined, in upper case, bold, 'Hey Yo! Hello ... Digicel A Fi Mi Cell', and the contents stated, in part, "From the man who put the words 'Digicel a fi mi cell' on the lips of everyone comes a brand new alliance with our brand. Bounty Killer will bring the same energy from that unforgettable Verzuz clash into helping us connect in more meaningful ways with our customers and the wider community through his music, street flair and good deeds via the Bounty Foundation. Help us welcome the newest addition to our family of brand ambassadors ... Bounty Killer, the versatile, street tough dancehall icon."

In an interview with THE STAR, Bounty spoke glowingly of the signing.

"We are elated about the alliance, partnering with the network giant, Digicel. It's going to be a great venture via Bounty Foundation and Digicel Foundation working together for the same cause," he said.

Last month, both foundations teamed up to hand out care packages to residents of vulnerable communities affected by the current COVID-19 pandemic. The donation was part of Digicel's ongoing $42-million Operation SAFE Mode project.

Congratulations have since been pouring in for Bounty, and one of the first to commend him was Verzuz co-creator Swizz Beatz.

"Verzuz effect Congrats King," he wrote on Bounty's Instagram page, to which Killer responded, "Kaboom bredda give thanks."