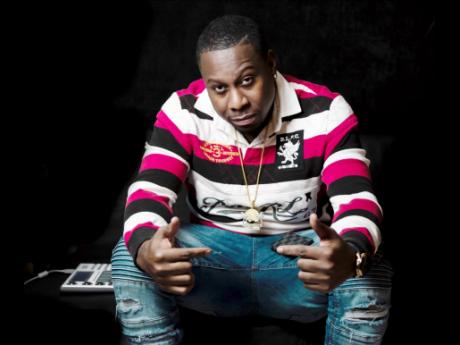 Over the past few years, Jamaica-born disc jock DJ Spawn has been steadily building his career in the UK. Having earned a reputation as the 'dance floor filler' on the party scene in London, the DJ is looking to expand his portfolio.

He has decided to embark on a new musical journey as a producer and has since launched his own record label, Spawneezy Records.

In an interview with THE STAR, DJ Spawn said that as someone who understood how beats and rhythms worked, he always desired more.

"From school, I learnt how to play the drums and was also a member of a marching band, and so I fully understood the concept of rhythms. When I became a DJ and after playing in the mainstream clubs for years, I wanted more," he said.

"I went and got some piano lessons and decided to teach myself how to make beats, which fuelled my desire even more to get into production. So far, I'm loving it. It's definitely brought out a more creative side of me in terms of the sounds and highlights, and I'm learning more about the music. I love the entire creative process; getting the idea about something, putting it together to make sure it comes out how I imagined it in my head, and then seeing the end result. Getting someone to lend their voice to your creation is the icing that tops it all off."

Since launching his label, DJ Spawn has released his debut project, titled Play No Games, which features up-and-coming talents in the UK.

Spawn has also worked with the likes of Capleton, Mr Lexx, Voicemail, RDX, Chronic Law and Laden, among others. He says working with artistes has been challenging but rewarding.