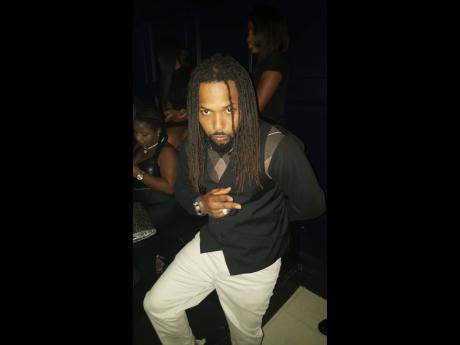 Montego Bay-based dancehall artiste Frassdon is in an upbeat mood as he prepares for the release of his debut EP titled Trap Dancehall Reggae.

As the name suggests, the 10-track EP, which was produced by the artiste, will feature all three genres.

Some of the songs on the EP are Miss Kitty, French Fry, Good Girl, Be Careful, and Action.

Trap Dancehall Reggae is scheduled to be released on Frassdon's Studio Yard Music imprint on July 31.

"I'm looking forward to the release of my debut EP. I am confident that it will be warmly received. There are a lot of good songs on this project. It doesn't matter which of the three genres you like, there's something there for everyone," said Frassdon.

The hard-working deejay is currently promoting a thought-provoking dancehall single off the EP titled Same One, which was released late last year on his Studio Yard Music label.

"This song is for the youths. I want them to listen to it and understand that they don't have to live a life of crime and violence. There's always a better way," he said.

The video for Same One was released two weeks ago. Frassdon is also a promoting a single titled Wa Mi Fi Do on the K2O Records imprint.

"This song was released three years ago. It didn't get a lot of promotion initially, but over the past few months, it has started to get a lot of attention in the UK. I'm currently in dialogue with some promoters about the possibility of a tour later this year," he said.

Frassdon, given name Ted Sylvester Hastings, grew up in Rose Heights, Montego Bay. Some of his other songs are Structure, Want My Money, and Action.