Da Genaral ready to ‘Haile I’ with new summer album 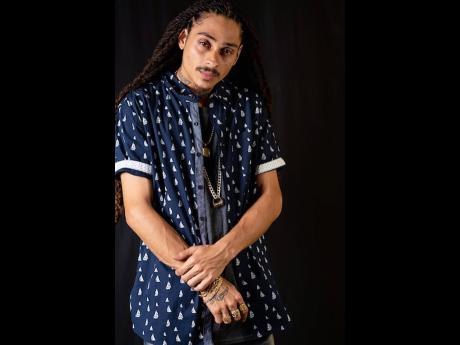 St Croix-based reggae artiste Da Genaral wants to be the voice of the disenfranchised, the poor, and the voiceless.

"I am a man who loves to speak for others who can't speak their mind. They show me the vibes, and I take it in the message and then broadcast it in my own voice," the singer said.

Da Genaral, who lives in Atlanta, USA, regularly returns to St Croix to reconnect with his island roots. Over the years, he has built up a decent underground following in the reggae world in Europe and the US, with singles such as the militant Haile I and the romantic She's Calling.

He released his first album, Chances Are, in 2010. He then toured several cities in the US with his band to promote the set.

Now, after further fine-tuning his sound, Da Genaral will be releasing his much-anticipated sophomore album, Speak for Itself, a message-filled work of art that intertwines songs that are a devout expression of his Rastafarian faith and tracks that elocute stark social commentary about poverty and injustice.

"The songs are inspired by the loves of my life: my wife, my family, and the rich tradition of black music that has made me the artiste I am. This album is a celebration of love, joy, Rastafarianism, hope, militancy, and resilience, the things that make the St Croix culture so beautiful and influential," he said.

The artiste, given name Roberto Encarnacion Jr, was born and raised in St Croix, part of the US Virgin Islands. With a vibrant team behind him, he said he wants "to make music that is eclectic and futuristic".

"With this new album, we wanted to expand sounds, create something different that is still relatable and keeps its roots. So we know the world will love it," he said.