Elvis Presley’s jockstrap is on sale 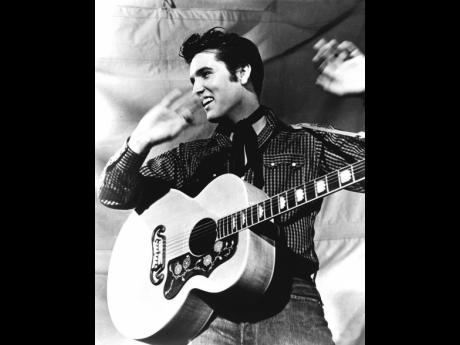 Elvis Presley's "used" and "worn" jockstrap is up for sale. The late singer had the glitzy piece, which was emblazoned with his initials, made for him by a fan and wore it several times in the 1970s.

The jockstrap eventually ended up in the collection of Jimmy Velvet, a singer who opened an Elvis museum in Memphis, but it is now among the pieces in a celebrity memorabilia sale with an asking price of PS29,950.

Daniel Wade, manager of Paul Fraser Collectibles in Bristol, which is selling the jockstrap, said: "It is extravagant. It is absurd. It is absolutely Elvis.

"I'm sure the new owner won't be able to resist wearing it out on a Saturday night. The Elvis magic will work wonders, I'm certain.

"Joking aside, Elvis-owned garments are scarce and hugely popular with collectors.

"This is a rare opportunity to own an intimate piece of the King."

The pink pants, which are emblazoned with the word 'KISS', come framed in a sealed display unit.

The most expensive item in the sale is a lock of Marilyn Monroe's hair, which was snipped and saved by her hairdresser on the iconic night when she sang Happy Birthday, Mr President to John F. Kennedy in 1962.

The blonde tresses are up for sale for a staggering PS250,000.

For memorabilia collectors not willing to shell out so much, the company is offering a lock of Daniel Radcliffe's hair for the bargain price of PS399.