24sevn7 ready to work ‘round the clock’ for success 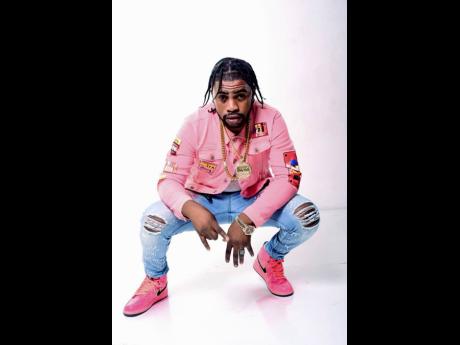 His genesis in the music business is similar to those of many established acts, but up-and-coming artiste 24sevn7 is determined to set himself apart in the music industry. Changing his name from G Money, the entertainer says he's ready to transition to new heights, even if it means working all day, every day, hence the new moniker.

"From me a grow up me have di name G Money, up to my mommy call me so. When me start inna di music, me decide fi use the same name because everybody round me used to it. But it did a cause a little complication when it come to the streaming and copyright issues, so me kinda just put a twist to it. G Money affi do wid making money and we make money 24/7," he said. "Me just put da likkle flip deh fi show say there is no day off. In everything yuh do, a just 24/7 yuh affi do it. A so me plan fi go 'bout the music; no rest, no time off. Straight hard work, all day, every day." 24sevn7 said that music chose him.

"Even when me see say it nah work out in my favour, me always just come right back round to it. I was brought up around the sound system, people a play instruments, and me get fascinated by it. Me love music differently," he said.

With that said, the entertainer says his biggest desire is to make music that is as impactful on others as it is on him.

"Me nah say me wah rich outta dis or nothin. Of course, yuh wah make money because money make sense, but at the end of the day, we just wah the people dem hear wah we have fi say. Anytime me a go chu anything emotionally, a only music can calm me and put me back inna a positive mood, and me wah my music do that for others, too," he said. "It's just a different sound and energy me a bring to the thing. Me know everybody say dat, but saying is different from doing, and if yuh hear the single weh me a promote right now, yuh know say there is no joke about it."

That single is Summer Time. He says with the season fast approaching and a number of events being cancelled due to the coronavirus, he at least wants it to feel like business as usual as far as music goes.

"We can still get the summer songs to vibe to while we inna we house," he said. "We have Trending as the next track to look out for, and a whole heap a things a come, because we a put in the work."