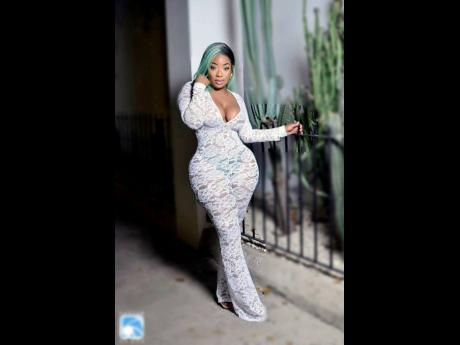 Dancer-turned-artiste Renee 6:30 is making good on her promise that 2020 would be revolutionary. The entertainer has teamed up with dancehall king, Vybz Kartel, for her latest track, a single many are describing as a career-changing collaboration.

The track, Sometimes Love Dies, chronicles the tale of two one-time lovers who fought to keep their relationship together, but eventually things just didn't work out.

It was released last Thursday and has already racked up close to 350,000 views on YouTube. The accomplishment still has Renee 6:30 on cloud nine.

"Oh my God, I still can't believe I'm on a track with Vybz Kartel. It surprises me 'til this day. He's always shown me love on Instagram, but he expresses through mutual contacts that when he heard my song, Fornication, that's when he recognised my vocal talent. Everything else after that is history, as they say. It's brought us to this point where we now have a track together," she said.

Highlighting the attention the song has been garnering on YouTube and other platforms, the My Body singer says the feedback so far has been overwhelming.

"Kartel and I wanted to so something that would connect with people, and the song is doing just that. The reactions have me feeling every type of way," she said. "People are saying the song touches them because it's a real-life situation. They love how emotional it gets and they have really been reaching out to show me their support. It's really been great. So far it's trending on YouTube and it's number 14 on the iTunes charts, and I only see it doing better with time."

She said that the song's success is just the beginning of her dancehall takeover.

"I told them to look out for a lot of great work from Renee 6:30. Things they were not gonna expect from me, they're gonna get. I just want to say thanks to Vybz Kartel for always putting the spotlight on young talent. I wouldn't say people underrate me in this business, but as a young artiste, I have to prove to them that I can do it, and he gave me that chance," she said.