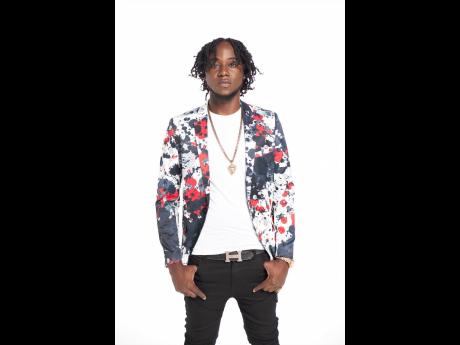 In 2018, dancehall recording artiste Lanz made his mark on the entertainment industry with his hit single She Naa Leggo.

Before that, he was known as the producer for Potential Kidds' hit single A Yah Suh Nice.

While he is actively working and creating an impressive fan base overseas, Lanz and his management team, Life-Style Entertainment, based in the US, are at present working on new content.

His manager Khadike Gordon believes that Lanz has more to offer than his Jamaican fans know.

He said, "When you start out with such a big hit, people naturally align you with that genre of music and topic of the hit song. Lanz is not just a dancehall artiste who sings about girls or sex, he has many layers and he is talented. This year we intend to change those views."

The artiste agrees with his manager and at one point considered a name change.

"When you decide to rebrand, it is a big step. An even bigger step is releasing new music back to back after getting such a big hit. We thought about image changes, and our overall brand presence online, and we hope that as we continue to make these changes, my fans will embrace it," said Lanz.

Lanz is gearing up to release his new single Don't Leave Me, produced by Life-Style Entertainment and Ubique Muzyq.

The single, speaks to the ups and downs people go through in a relationship.

He added, "This song is in keeping with what is happening now with several cases of murder-suicide in relationships. There are many people who are caught up in challenging relationships, but I believe that they should talk things over or seek help."