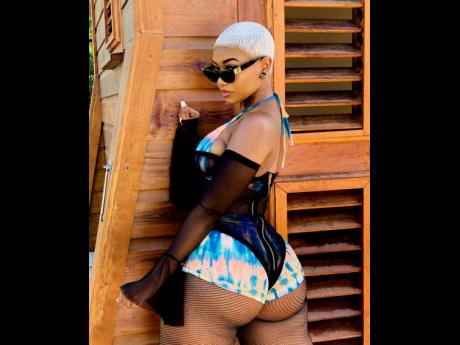 Kingdom's 'Ladies First' performance will form part of the Reggae Month offering for patrons in the upstate New York community.

She has been 'trending' stateside since her stellar performance at the RedBull Culture Clash at the National Arena in Kingston last December and her well-crafted diss single, Shen Heng, which was released hours after her performance.

The singjay first garnered attention three years ago after an appearance on Sean Kingston's One Way music video.

Since then she has blazed a musical trail with singles such as Love Situations and the follow-up Unwanted, the videos for both getting millions of views.

Other songs followed, including Banana and Heavy.

She also has collaborations with Nigerian star Davido and dancehall heavyweight Vybz Kartel.

Kingdom recently inked a brand partnership deal with J. Wray and Nephew which she announced on Instagram. She later showcased a provocative 2020 calendar which was part of the deal.

Promoter of Ladies First, Tally, said she has been getting positive feedback about the show and expects a solid performance from Kingdom.