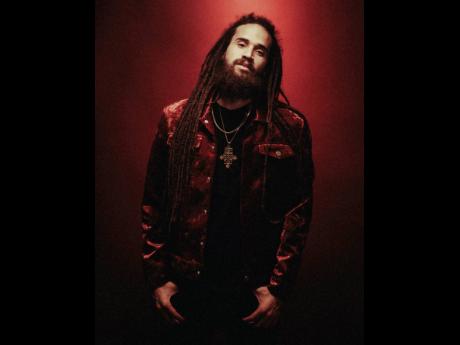 Describing himself as one who enjoys pulling off the unexpected, reggae artiste Keznamdi has landed another unlikely collaboration.

The Victory singer has teamed up with hip-hop artiste Tory Lanez on the track, City Lock.

Keznamdi told THE STAR that he's always been known for being very experimental with his music.

"Of course we're rooted with reggae music but we explore a lot because of our travels. Going around the world and being introduced to so many different cultures and people, they really have an impact on your music," he said. "My first single was called Love Me Nuff and it say ' Mount a gyal me have a it a mad me but a one a dem alone can get Keznamdi'. As a reggae artiste, people would expect me to sing things like that but I believe that art is always at the edge. I believe in pushing the line and the limit. When me a consume food, me consume it wid scotch bonnet pepper nuff, so me love when things spicy and have da likkle edge deh and it's the same way me approach me music."

The entertainer says he's currently working on his next studio album and revealed that City Lock is the beginning of a trail of tracks that will take people by surprise.

"Me love fi do the unexpected and if unu think dis (Tory Lanez collab) unexpected just wait fi wah we a forward wid in a next couple of weeks," he said. "

Keznamdi says he is grateful for the support but is aware that this success means more hard work.

"Along the way, in any kind of industry or any line of job, trophies are really nice, which, in this case, these kinds of accomplishments are trophies. When Billboard endorses you or deejays requesting your song, those are trophies. But my team and I can't afford to get lost in the moment. We always affi be thinking 'yes this is happening but...'," he said. "The team is trying to deal with this level of reception which we're not used to getting because our thing was just grassroots reggae. We affi try to make sure we actually making the right moves, getting on the right platforms and ensure that we raising the standard of reggae music with what we pushing out," he said.