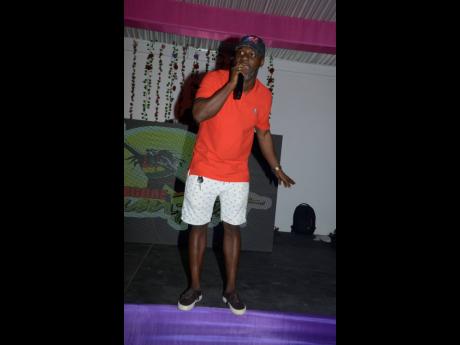 “What makes me the life of the party, I think it’s the energy I bring. I genuinely love soca and genuinely have that sort of energy, so it’s really just for me to translate it to the rest of the audience. And people come here to party. They are here, they want to have fun. You might have to encourage them a little bit but, that’s it,” says Marlon Musique 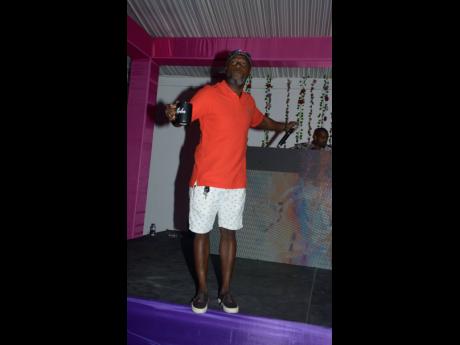 Marlon Musique says it’s easier to name events he has not emceed.
1
2

Starting out by planning his own events, Marlon Musique is now a frequent face on soca party flyers, and on any bacchanalia-themed platform.

At Xaymaca International’s latest pop-up event, Sweet Soca, on Valentine’s Day, Marlon took some time out of crowd management to say exactly what it means to be an in-demand emcee.

“More time, the host is really just to introduce the next person and give announcements,” he told THE STAR.

While we know that job takes confidence and charisma, what does it take to be an emcee? According to Marlon, the first step would be to know your music. The next step would be to bring the vibe and the energy.

“The thing is, sometimes you have to encourage persons to actually have fun, let them know that it’s OK to let go and have fun. My job is to ad-lib with the songs, say the right things. I’m supposed to just add a little to it,” he said, noting that deejays and performers carry much of the weight in this department.

Marlon’s emcee days started way back as a college student.

“Back on campus, I was just playing around with it and apparently I had a knack for it. I continued, and then I stopped for a long period. The only time I really did it, when I popped into Barbados for a carnival, I would just play around,” he said.

But a few years ago, because of his knack for it, he decided to take the pastime more seriously and “the rest is history”.

Taking a peek into those history books, Marlon can been seen riling up Bacchanalists, Xaymacans and many party patrons across the island throughout many carnival seasons.

From what he could recall on the spot, “a lot of it is soca”, including I Love Soca, Soca Forever, Soca Therapy, Bacchanal’s Rum For Breakfast, Rum For Christmas, Toco Loca, Fete Republic’s Night Carnival and Heineken Rio, among others. He’s also handled many Xaymaca pop-ups.

“I’ve been on the road since Xaymaca started. I’ve done most of the events that happen in the soca week,” he said.

With such a steady influx of gigs, Marlon further affirms that emceeing could be an aspiration for those who want to entertain without necessarily becoming a full-fledged performer.

“There are many persons who this is their job. A good emcee, especially in the Jamaican soca market, there are very few of us who actually can do it. Outside of me, Brush 1 (Chromatic), Cyclone and so forth, there are few persons who really understand how to balance it and actually bring an energy, and not overpower it. Soca is not the same sort of energy as dancehall. It’s knowing how to relay it right across the board. A lot of persons are doing it as their thing,” he said.