Evaflow gets generous with fans 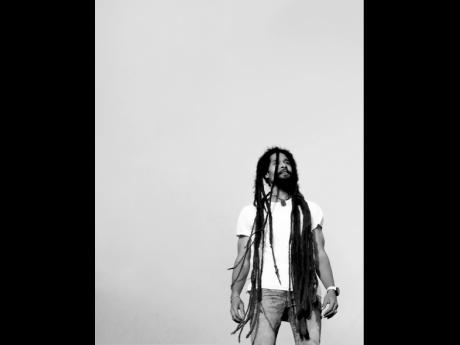 A general takeaway from any encounter with reggae artiste Evaflow will be that he is generous.

For the release of his latest music video, Live Your Life, Evaflow presented his generous nature in another way: through a social media contest with US$40 (about J$5,000) as the prize.

"I came up with the concept because of my fans, the Skystarters. They're my everything. I don't take a single one of them for granted. And as much as I'm a struggling artiste, I know that my fans are struggling, too. In some small way, I want to show my appreciation to them with this contest. I want them to feel like they're so special, that they are a part of each project I put out," Evaflow told THE STAR.

Shot on an iPhone and edited by Evaflow himself on his laptop, the Live Your Life visuals are vibrant, energetic, and invitingly amateur.

There is also a short story in the visuals, which Evaflow advises has some "peculiar happenings", involving a mug.

"I was looking for a creative way to tell a story about me going for my dreams instead of working a job that was threatening my well-being and mental health. I wanted to paint the picture of a true story in an interesting way. The idea of the mug just sort of came to me ... this mug that turns wine into water," he said.

There is such a mug in real life, though not as mystical.

"I do own a mug that at different times in my life, it was used to hold different kinds of drinks. Because of that, that storyline came to me," he shared.

"With the contest (which ended on Sunday), I was just looking for a way to give back to the people who care about me, the people who would actually go, subscribe to my channel, watch my video, interpret it and share the video. Those people who would take the time out to do that, I wanted to find a way to reward them. People have done that for me in the past without me giving them anything," Evaflow said.

He continued: "From this point and further in my career, I want to always keep this attitude because I feel like this direct relationship I have with my fan base, the Skystarters, this is what is going to allow my career to flourish in a great way."