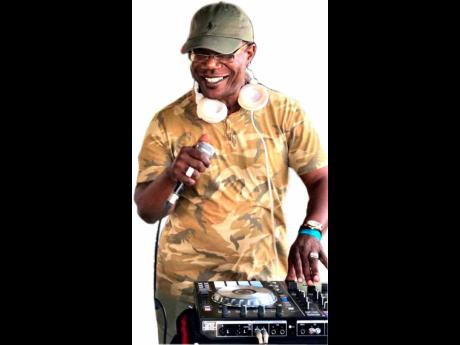 Last year, selector and producer Richie Poo had a memorable twin celebration to mark his milestone 50th birthday and also his 38th year in the music industry.

This year, however, he will probably put the hosting of his annual birthday bash on pause in order to plan a tribute to the co-founder of the legendary Silverhawk Sound System, and one half of the duo Steely and Clevie, the late Wycliffe Johnson, popularly known as Steely.

Richie Poo and Silverhawk date back to 1991 when he joined the then established team and honed his skills. Although the sound took a hiatus in 1994, Silverhawk had already made its name as a dynamic clash sound and Richie Poo’s reputation as a hard-core dancehall disc jockey preceded him.

“After Steely and Clevie decided to focus more on their production and less on the sound, I continued playing as Richie Poo, the original Richie Poo,” he emphasised.

Steely passed away in 2009, and a year later, Silverhawk was relaunched and Richie Poo again took the helm. The selector talks about Steely with a mixture of reverence and pride in his voice. “We are planning a tour to places such as Japan, the US and England. Hopefully, things work out the way we want. And this year is also special because Steely will be getting an award during Reggae Month. We are happy for that. Steely deserves it,” Richie Poo told THE WEEKEND STAR.

At the Jamaica Reggae Industry Association (JaRIA) Reggae Month Honour Awards on February 25, Steelie will be recognised posthumously for his exceptional contribution to the reggae industry.

Having made his name in the sound system arena, Richie Poo is very protective of his brand, and repeatedly asserts that he is “the original Richie Poo”, and not the carbon copy.

Balancing his career as a selector with production, in a manner similar to Steely, Richie Poo will be launching a brand new label and already has a slew of releases lined up.

“I have been producing music since 1998, but my other productions were on Tantrum Productions and Steely and Clevie were the musicians on all of them. My new label is called the Original Richie Poo and the first riddim is titled Sweet Summer Sweet, and I already have songs from Busy Signal, Chris Martin, and Kim Nain,” he shared.