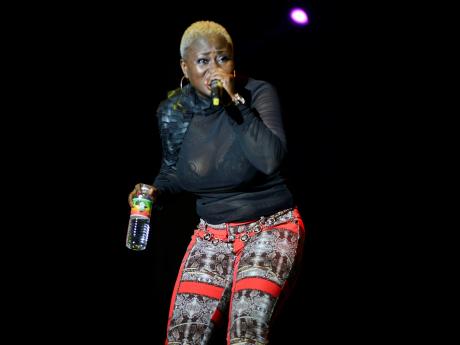 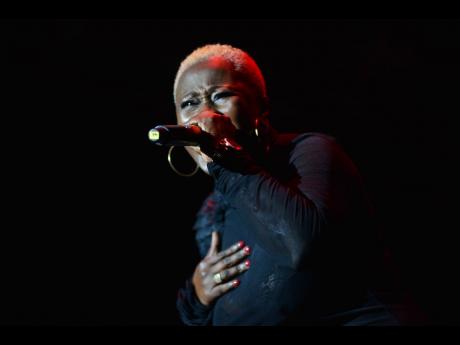 For Janice 'Lady G' Fyffe, switching on the TV and reading the newspapers brings her tremendous distress - especially the reports of women being killed by their spouses.

She believes it is a sickness that has overcome the minds of the males in Jamaica.

"One time men wouldn't kill their women much less children. What type of Jamaica are we becoming? It shows that they have no respect for mother, sister, and aunt or for somebody's family!" Lady G told THE WEEKEND STAR following her Rebel Salute 2020 performance.

"Honestly, the news is disappointing and I am upset, that's the reason I 'mek di medz' on stage to say we need to get back to the days where women are respected and man talk about them mother with great passion," she continued.

The Legal Rights deejay said she is not stereotyping all men as abusive and violent, neither is she saying that they are the only ones at fault.

Like the collaboration with her mentor Papa San expressed, "man have a right, woman have a right too, if you don't hurt me, me nah guh hurt you", which they recorded and released in 1983.

She laughs at the mere mention of the track, acknowledging that she has forever preached to her listeners about finding ways of dealing with their relationship issues, despite showing her lyrical 'big guns' at times.

"Me a talk the men who kill ... the unscrupulous ones going around killing di woman dem. If you in a relationship with a woman and it nah work out, just walk away ... who knows you may find a better woman and why hurt someone because dem nuh want to have a relationship with you anymore?" she said.

She also said that women need to take it upon themselves to "stop endorse music about going to bed with man, and doing this and that to man".

"Some of these tracks nowadays when I listen to them I feel like I am getting raped," she said.

She notes that her career was built on music that commanded respect, from her breakthrough single Nuff Respect, to others like Round Table Talk, also featuring Papa San.

Lady G will be recognised for her contribution to reggae and dancehall at the Jamaica Reggae Industry Association (JaRIA) Honour Awards on February 25, at the Little Theatre.

She will be awarded the Iconic Female Artiste in the Music Industry award.

"In a time when we need lyrics about empowerment and against violence, there also needs to be songs that will elevate the minds of the men. It will encourage them and put females at the forefront in a different, more positive spotlight," she said.