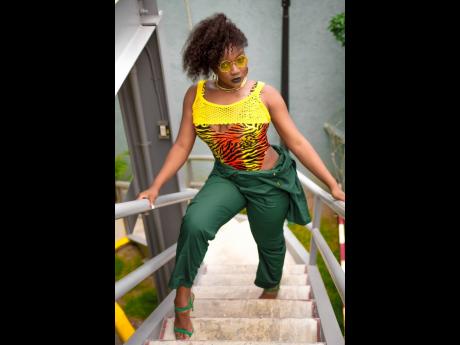 The dancer-turned-artiste premiered the video on YouTube recently, and so far the video has been gaining traction online, with quite a few views racked up.

"My fans have been waiting for the official video and after releasing it, immediately my fans started sharing via social media. The video was done to grab the attention of viewers and it did just that with its sexy, yet high-energy concept," said Daniiboo.

The video was directed by Jay Will and shot on locations in Kingston.

"I am working tirelessly to make my name in this industry as an artiste, and I plan to keep releasing tracks that will be entertaining for the ladies. My fans are the force behind everything that I do, they push me to my limit and I am determined to keep them satisfied. This track is a definite hit, and I have a team that is putting in the groundwork to ensure that it makes it to the international market," she said.

The single was released last October under the BCM Music/DSR label. It will be included in the artiste's forthcoming EP.

She expects that Nestl e will be her breakout song, especially considering the feedback it has been getting so far.

"I've been getting a lot of love and positive comments about the song, as well as the video," she said. "I'm definitely looking forward to see how far this will go."`

With dancehall as the base for her sound, Daniiboo combines international elements as well, in an effort to appeal to her target audiences both locally and internationally.