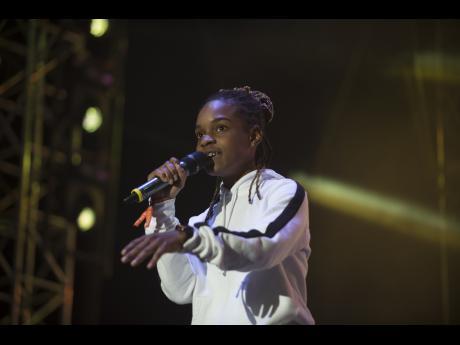 Rapture, the five-song EP by teenage sensation Koffee, is among five albums nominated in this year’s reggae category of the Grammy awards.

Last year, Etana broke the drought of female nominations, and this year, Koffee has set her own record. She has become the youngest solo artiste to earn a Grammy nomination in the reggae category.

The other albums nominated in the category are As I Am by Julian Marley; The Final Battle: Sly & Robbie vs Roots Radics; Steel Pulse’s Mass Manipulation and the Damian Marley produced More Work To Be Done by Third World.

Olivia Grange,  Jamaica's entertainment minister, congratulated the nominees who she said represent “some of the biggest names in reggae music”.

She thanked them for "bringing Jamaica’s music to all the peoples of the world.”

The 62nd Annual Grammy Awards takes place on Sunday, January 26, 2020 at Staples Center in Los Angeles. It will recognise the best recordings, compositions, and artists of the eligibility year, running from October 1, 2018, to August 31, 2019.