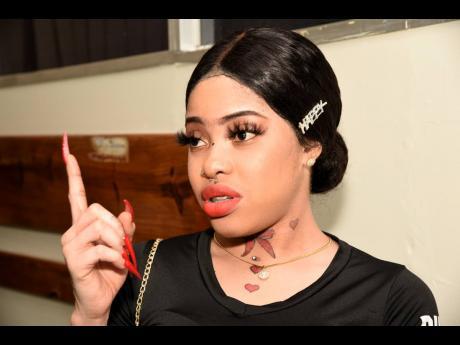 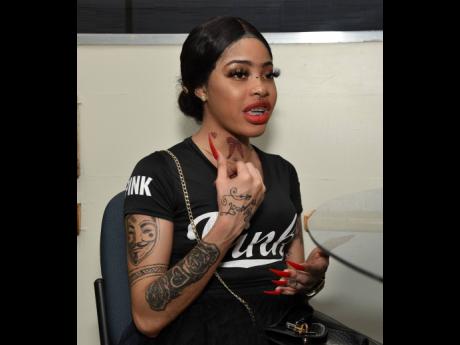 Internet sensation Ivany Wright has been released from the Kingston Public Hospital  (KPH) after she was shot and injured along Waterloo Road in St Andrew on Thursday night. The 21-year-old was reportedly on her way to purchase food with a friend when a car drove up and one of the occupants began firing shots in their direction. Wright was hit in one of her legs, her side and her wrist.

Speaking with THE STAR this morning, Ivany’s mother, Marcia, said she is extremely happy that she survived the ordeal, and is hoping that the incident will be an eye-opener for her daughter.

“I have been always telling her that she needs to let go off social media because she don’t have a private life. She needs to limit her social media time because people know her every  move.  She was getting a lot of threats and I had told her to keep a low profile, but she didn’t listen,” the mother said.

Wright’s mother said although she knew her daughter was receiving threats, she had no idea that she would have became a target.  She described the social media sensation as a ‘troubled’ but sweet child.

“I really don’t support the lifestyle that Lexi  (as she is affectionately called) is living where she is always on social media  but I can only encourage her because she is an adult,” she said.

Ivany, in a recent interview with THE STAR, admitted that she has been behind the  'taking over' of person's social media pages.

"I tried something one day and it worked and I tried again and it worked. My favourite subject in school was information technology so that helped me as well," she said.

Wright stressed that she only 'messed with' people who messed with her first.

But, according to Wright, her hacking days are over and she is now focused on breaking into the entertainment industry as an artiste.