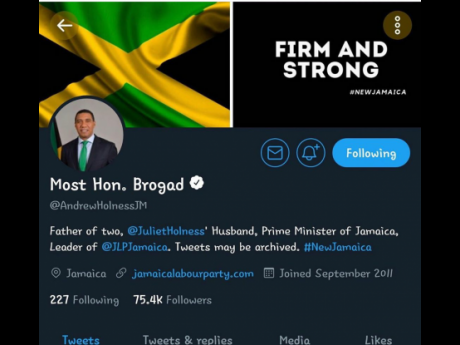 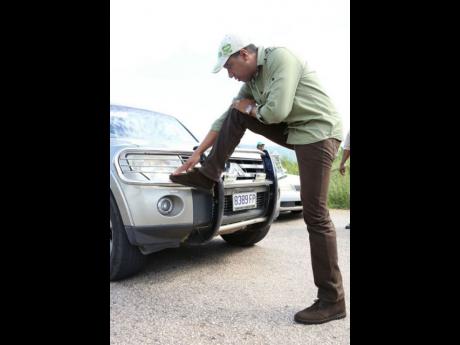 There was once a narrative that said something to the effect that a prime minister should be stiff, boring statesman.

Well, Andrew Holness continues to rip up that script.

The 47-year-old Holness, who appears to be gradually putting himself in general election mode, changed his name on Twitter to the 'Most Hon. Brogad' this morning.

It was for a brief moment, but the change was noticed by his throng of social media followers, many of whom approved.

Holness' temporary adjustment to his page follows a suggestion from Twitter users for him to use the title "Most Hon. Brogad", a term that is used in the streets to refer to a male who commands maximum respect.

Who can forget how, in 2015, as Leader of the Opposition, Holness borrowed a line from a Vybz Kartel song and posted a photo of himself, apparently dusting off a pair of Clarks?

The tweet read: "A weh yuh get dah new Clarks deh daadi? Clarks is my preferred shoe, the desert Clarks is particularly comfortable."