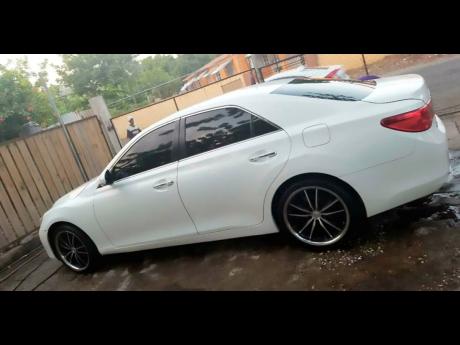 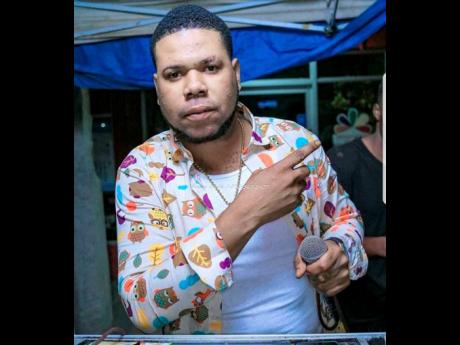 CD Fantasy selector, DJ Ruxie, is grateful that an invasion at his Kingston residence did not turn deadly last week.

According to the popular Corporate Area DJ, he was at home on Wednesday afternoon when a group of armed men broke into his home and robbed him of several assets, including his white 2011 Mark X motor car.

"It was about 1:45 p.m. when dem come in pon me, it was three of them but a two of them face me wid gun inna mi face and lone disrespect," he told The STAR.

"Dem carry mi inna mi room, put the pillow over mi head. It was like an execution dem did waah carry out cause dem show mi dem plain face, which made me wonder if dem did a go kill mi when dem satisfied. Dem tek mi two TV mi big sound system, mi two phone dem, $250,000 worth of liquor and $50,000 cash. The only ting dem give me back was mi passport," he continued.

DJ Ruxie, a father of a 12-year-old boy, said he was with his girlfriend when it happened, and has since reported the incident to the police.

The selector is the organiser of Fantasy Wednesdays, which is held on Pilly Blacks Plaza at Kingston 11. The event was on hiatus for several weeks as a result of the state of emergency imposed in the area. It was set to make its return that Wednesday at a new time, 5 p.m. to 11 p.m.

"My event usually over 6 a.m., so mi seh it wouldn't mek no sense mi have it. I suffered through the 14 weeks until mi find a way fi start it back and was going to do so last Wednesday when dem run een pon me," he said.

DJ Ruxie has been receiving support from the entertainment fraternity, and is now picking up the pieces with the execution of Fantasy Wednesdays this week.

"I've had setbacks in life but mi stay motivated because of the fans and the people around me weh keep me up," he said.

"From we have life, we can get back the material things. Mi still active and deh inna work mode, things do happen but a just sometimes it happen to the wrong set of persons."