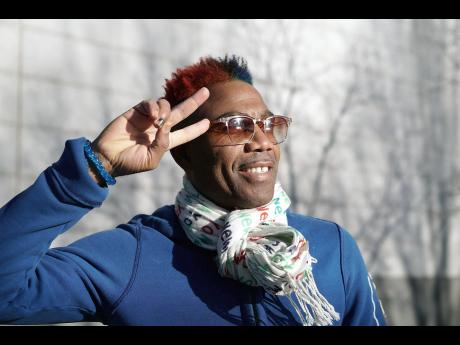 The dancehall artiste formerly known as 3Star is now celebrating a new awakening and a fresh approach, starting with an official name change. He now goes by the stage name The Student.

In explaining the reason for the change, he said: "I've been an artiste for years now under the name 3Star. As my career and my life progress, I just realised that I did not know as much as I thought about being an artiste. I went through a period of learning - travelling, exploring different cultures, the birth of my two sons - all of this took me back to being a 'student'."

Now, he is confident that he can connect even more with listeners through his music.

"Student is a reflection of that change; it's where I am in life. When people hear this music, they will connect with it on a deeper level; I'm allowing the universe to speak through me," he added.

Having just completed his fourth studio album, the artiste is now promoting his new single Rise Man Arise. The self-written track was produced by Ghetto Lynxx and was mixed and mastered by Ryan Blaze 3R Music in Mandeville.

The Student also serves as the executive producer. The music video for the single, which was shot in areas of Kingston and Manchester, was directed by Bloozick Media.

The Student is one artiste who aims to deliver conscious reggae music over upbeat rhythms that his listeners can dance to while taking in positive messages. Over the course of his career, he has delivered tracks such as No Badman, Real Talk, Love Is All I Bring and Dawg A Nyam Dawg.

Through his faith, he has been able to pour himself into his music and connect with his fans more.

"I have grown to love and appreciate all anointed ones that grace planet Earth. My music has no boundaries, it's medicine to the soul for everyone, promoting oneness and love," he said.