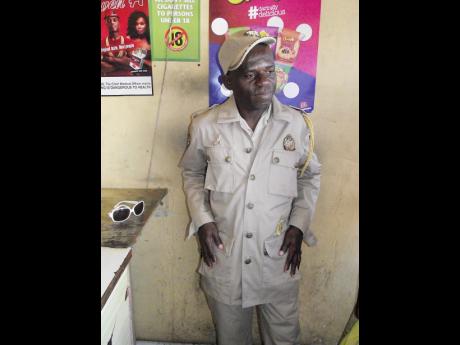 Frederick Gaynor, otherwise called Sign Plus, is a bus conductor who also entertains.

His latest effort is the single Christmas Time.

Gaynor told The WEEKEND STAR that his song is designed to bring good cheer for the festive session and beyond.

"It is a happy song to bless the season that should bring joy and happiness to all. This is my contribution," Sign Plus said.

He said that the song, on the Gideon Record label, is getting some rotation.

He said that he is no stranger to the music-entertainment industry and intends to put his artistic contribution to meaningful action.

"I have showcase in the past at The Portmore Star Search and that help me to strengthen my skills," he said.

Gaynor said that despite spending much of his time on a bus step, he has recorded several songs.

"I have recorded songs with Barrington Campbell, aka Profit Revelation, such as Swine Flu, Road Code and other songs," Gaynor said.

The St Catherine-born Gaynor said he pursues his musical path while working to provide for his children.