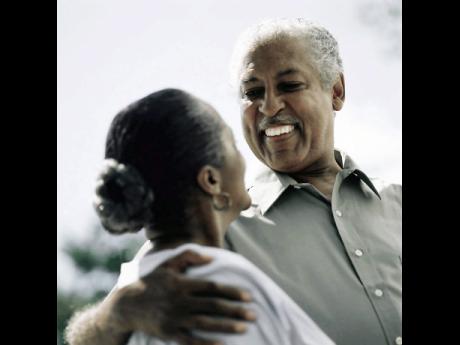 Some statistics may show 'gray divorce' is trending as they reveal that couples 50 and over are divorcing but, thankfully, it's not a final fact.

When I looked at so many other surveys internationally, and even a look in local churches, couples who have been married 30, 40, 50 years are still going at it, so I realise there are many out there who demonstrate marriage isn't dead, and my own relationship of 38 years proves my point. I believe it is worth celebrating the fact that long-term marriage is still alive and well, contrary to what is believed to be popular opinion.

It's clear people in a midlife marriage are going to experience some tough things - 'physical and psychological change' for one. When a couple is in midlife and they are both changing, they also have to deal with their own frustrations of midlife itself, and in today's economic environment, a lot of people are also facing money problems, unemployment and an unfulfilled life. Some of it may also be due to their perception of what marriage should have been, like 'I have to get everything I want' or they had no formed habits - things they enjoyed together - and also an empty nest, because the children are grown and gone. All of these, and more, can adversely affect a couple with a feeling of 'nothingness' to do for the rest of their lives.

But as 'midlifers', we don't have to allow the tough times to destroy our marriages. In fact, the tough times can actually strengthened our marriages if we make the decision to reinvent ourselves as we age. Sure, the reinvention process starts with tough questions: What kind of marriage do I want now that the children are gone? What do I want to do with rest of my life? What does my spouse wants to do now?

The answers can be unsettling. But they can also form the basis for a relationship that's relevant, one that meets a couple's current needs, instead of ones from a quarter-century ago. From my perspective, most times it's us wives who have either evolved academically or fashionably, or we were so taken up with the kids that we are now bored to death. So I suggest you start at the beginning. Think back to when you were first married. What were the sparks between you? What did you love about your spouse? Can you reconnect with that person, or that image? Go on an archaeological dig through your lives and immerse yourself in old photos and videos (yes videos!) of the two of you in happier times; relearn what made the two of you tick through the years.

Personally speaking, with all adult children out, I want to focus on my hubby and I for the rest of our lives. I can cook only what we want, we can plan the vacations we never had, pay less bills, have date nights at home or on the road and, of course, we keep the grandkids only when we want to; our lives must be totally ours now. You may have grown apart, or focused too much on kids or work over the years, but if you both want what you used to have or what lies ahead, that distance shouldn't keep you from getting close again. 'Wine' improves with age (no pun intended), LOL.