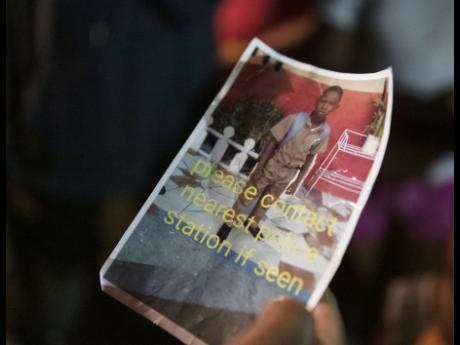 A photo of Galen Buchanan.

Detectives investigating the death of eight-year-old Galen Buchanan of Spanish Town Road, Kingston 11, have listed a man who goes by the names ‘Phillip Williams’, ‘Phillip Rose’, ‘Rochester Rose’ and ‘Ochester Rose’ as a person of interest in relation to the case.

Reports are that detectives were called to the scene where Galen’s body was found about 3:15 p.m. on Thursday, January 23 in the harbour at Royal Palm, Bournemouth Gardens in Kingston 2.

His hands were tied behind him. The scene was processed and the body removed to the morgue.

Williams/Rose is known to frequent Kingston East and the Roehampton area of St Andrew.

He is being asked to turn himself in to the police immediately. Additionally, anyone knowing his whereabouts is being asked to call the Elletson Road CIB at 876- 928-4200, Crime Stop at 311 or police 119 emergency number.