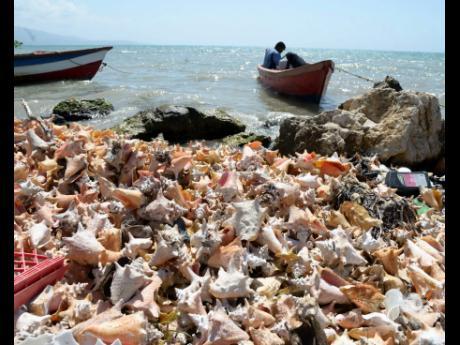 The agriculture ministry says it has received reports of illegal conch fishing, despite there being a ban on the activity.

In making what it says is an "unequivocal appeal" to persons to desist from breaching the regulations, the ministry said that persons involved in illegal conch fishing will be prosecuted.

"Failure to cooperate and abide by the law will result in the imposition of the heaviest possible sanctions under the law," the ministry said.

Conch fishing is banned until January 31, 2020. The ban was implemented to give the depleted population time to replenish itself.