LA Lewis says voting against Phillips is suicidal for PNP 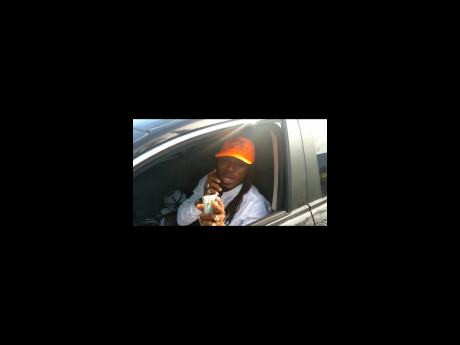 Peter Bunting turns 59 today and is hoping for a massive celebration later this evening after the ballots are counted in the contest with Peter Phillips for the presidency of the People's National Party.

But LA Lewis, a declared supporter of the PNP, is not keen on Bunting having a happy birthday.

"Peter Phillips is the man. He has been there, he has taste (sic) the water, he has came (sic) back with the grapevine. He is the man that is incontestability (sic)," the self-styled seven star general said.

"He is someone who you cannot contest with so it would be a suicide mission for somebody to put another person in party to be the leader, otherwise from Peter Phillips," he said.

The entertainer, who claims to have a good relationship with Britain's Queen Elizabeth, said that Phillips,69, is man the of moment and the future of the PNP.

Phillips, who became PNP president in 2017 following the resignation of Portia Simpson Miller, is in his third content for the leadership of the PNP. In the first encounter, in 2006, he finished second to Simpson Miller in a four-way race to succeed PJ Patterson.

Two years later he challenged Simpson Miller for the leadership of the party, and again he lost.

But when Simpson Miller left politics after a shock defeat to Andrew Holness's JLP in the 2016 general election, Phillips was installed as leader of the party.

However, Bunting, pointing to opinion polls, said it is unlikely that Phillips can take the PNP to victory against Holness and the JLP, and has offered himself as the man to lead the party back to power.